On Friday we went to Switzerland for a meeting at Hugo Boss, it's close to the border so it wasn't the epic journey that it sounds. This was easily the most well organised day of my trip so far, everything was precision!!
One of the speakers finished his presentation with 3 minutes to spare and u got the feeling it was vital that this time wasn't wasted! Stupidly i had sat near the front in the aisle and kept catching his eye so naturally he picked on me twice!!! first to read from the board (criiiiiiiiiinge) and secondly to ask a question. Of course i couldn't think of a sensible question so i asked him who he was wearing which he seemed to like..........would have been more interesting had he not been dressed head to toe in Boss but there u go.

We did get a tour around the building, saw all the new line stuff AND we were aloud to touch things.......i hate looking with my eyes all the time!!!! sadly we weren't allowed to take any photos inside the building which was a real shame coz it was frigging sexy!! it was all wood and clean lines and walls of water. it had a yoga room, and a language class and a canteen that would put most restaurants to shame! yes we got another free lunch!! ooh!! and free leather bound Hugo Boss notes books and pens!! :) 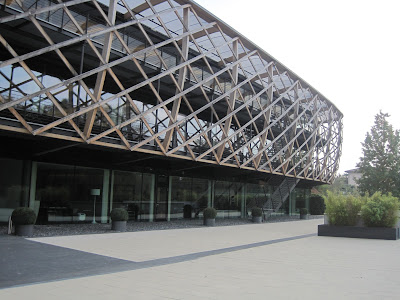 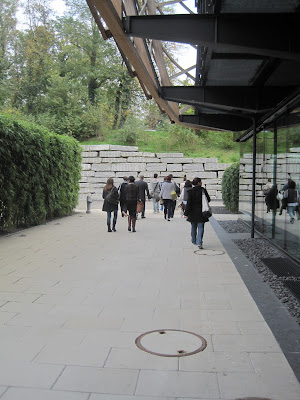 After our tour we had another powerpoint presentation, I can't remember what life was like without them! this one involved a lot of graphs and arrows, unsurprisingly i had more questions for this speaker!! I think i made him uncomfortable when i asked him what was done with left over Boss products...........lets just say that Hugo Boss are not at the forefront of environmental textiles.

In the evening we walked to the como aeroclub and arrived confused at a party which appeared to have a fish theme. This evening was described on our itinerary as the 'Wattwash Party' so no clues there!! Luckily for us there was a handy powerpoint presentation standing by!!! As u may or may not know, stone washing denim causes a lot of waste and textiles scientist types have been developing techniques to prevent this. they've managed to come up with a stone washing technique which uses lasers instead of water (clever!!!) and they're calling it 'wattwash' (not so clever). I wish i had filmed the moment when everyone realised that the 'watt' was all part of a terrible pun.......u just can't predict these things!!

Luckily for you i do have pictures of the bizarre night which unfolded shortly after!! 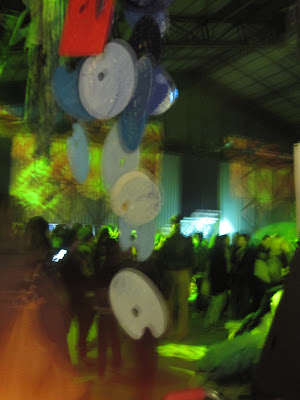 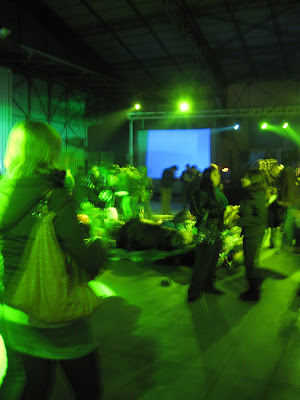 So.........after eating and polishing off our free drink we made a swift exit to our favourite haunt, Pane e Tulipani..........but not without pausing to take photos in the spangly door way!! 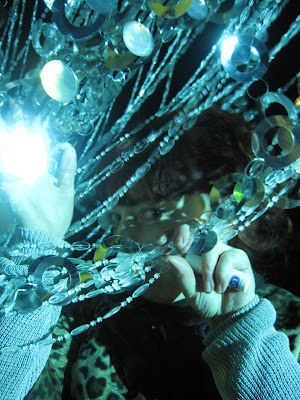 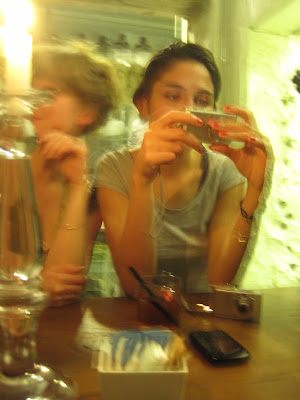 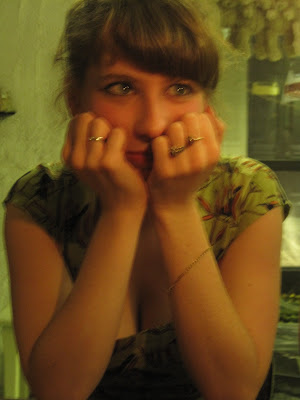 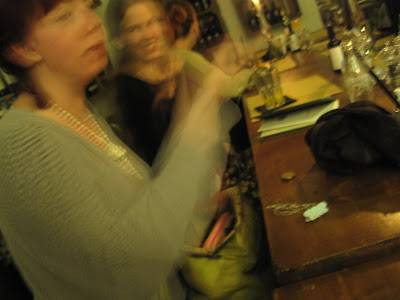