Yesterday was kinda stressy at the office. The collection needs to be finished before the end of the month for the show in Cannes so theres a lot of shouting and running around going on. I expected to arrive to a similar environment this morning but thankfully things seem calmer.

I've been the subject of some teasing recently because apparently i don't eat enough at lunch time (who'da thunk)! Today i thought i'd been clever by packing myself some left over spag bol from last nights dinner ;)
Of course once my colleagues caught me eating something other than a sandwich for the first time since i started here a whole new set of teasing ensued!!

At least now i'm feeling full and ready for work! This morning i was given some folding to do which was exciting (it really was!) and now my mission is to create a collection that's young (but not too young) and simple (but not too simple)...........hmmm...........

Tomorrow i will go to Biella with the comON folk for a little explore. I'll surely return with lots of photos and exciting tales but until then i'll get back to my observations of the everyday. Here are some 'artsy' pics i took of the hotel room! 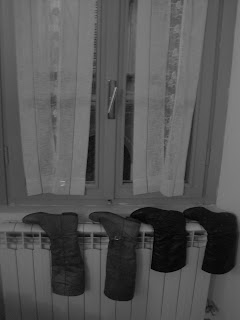 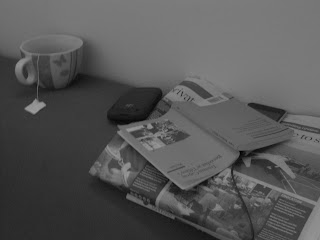 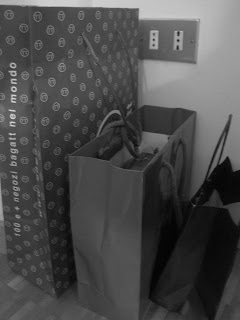 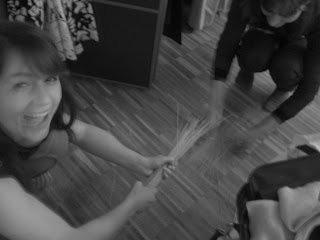 If you're wondering what's going on in the photo above right its just Caroline (one of our neighbours) spilling an entire packet of spaghetti!!
Posted by Aimee at 6:17 AM