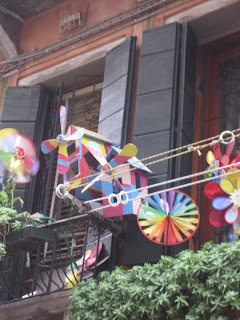 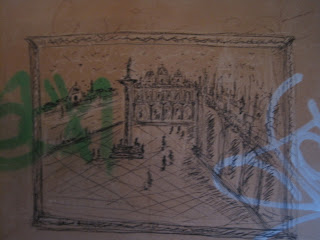 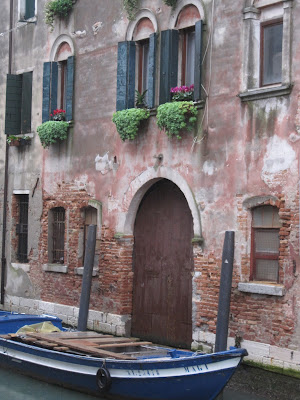 Ok, photo uploading problem solved!! These are some of the photos i took during our last stroll around Venice before taking what turned out to be a slightly more treacherous journey than we had planned.

Basically the train that we were supposed to catch at 4pm (scheduled to arrive in Como at the sensible time of 7pm) was full so we had to catch the 5.25pm. Of course by the time this train arrived in Milan at 7.55pm there were no trains leaving for Como.

Luckily there was a train going through a place called Monza.........but it wasn't leaving until 9.25pm..........so we played cards and drank coffee till it arrived. We also got told off by a grumpy cleaning lady in the station coz we cheated the machine that makes u pay to use the toilet. 1 euro to pee?!?! i don't think so!!! 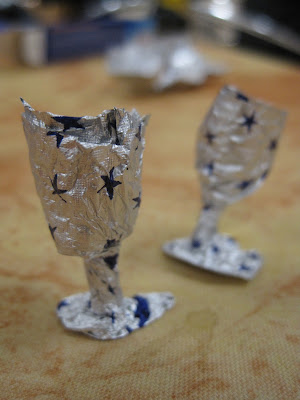 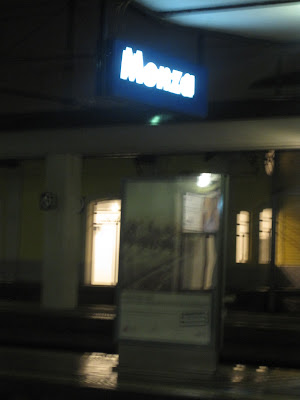 Hopefully the left image will give u an idea of just how little entertainment there was in the station. We resorted to making tiny cups out of tin foil. I took a photo of the station at Monza bcoz i thought it deserved a mention. It was here at 10.55pm that we met a woman speaking in tongues (she turned out to be using a hands free but she was still pretty scary) and a man who decided that our game of cards needed background music and started humming whenever we played a card. Thankfully our time at Monza was short and we were back in Como by 11.30pm :)

I have a feeling that this week will be full of more slightly strange and disorganised travelling as tomorrow i will go to Cannes with Textra! Until today I didn't know how i was going to get back in time for my flight on Friday afternoon and I still don't know where i will stay when i get there! No one else seems to be worrying about this so for the time being i see no reason to either.

Now i will get back to work before this post gets any more wordy!
Posted by Aimee at 2:43 AM