Now that I'm home and enjoying a nice long laze in my bed (which thankfully doesn't squeak and which i have to share with no one.........not sure if the latter is such a good thing but whatever) i can fill in the last of my trip!

so i think when last i posted i was on my way to Cannes. I was a really a really long trip.....enjoyable but long! i kept dosing off but i did manage to stay awake long enough to catch a look at the sun setting over the mountains.......but sadly i didn't take a photo. in fact during this particular day i was a bit shit at taking photos.

When we arrived we found the hotel (not my hotel but a hotel) to bump our stuff in (again not my stuff but some stuff) then we went for a nice dinner where i still couldn't read the menu so i entrusted the ordering to Daniele who did a very good job ;) I particularly enjoyed the chocolate desert!!!!  After getting a little bit merrier than i'd planned on wine we went to a bar where i attempted not to drink anything else but was teased until finally i gave in an ordered something. At this point the conversation turned to smut which i enjoyed muchly!!! yes i'm sticking by my use of the 'word' muchly

We eventually stumbled across my hotel which was nice since until this point none of us were certain that i even had a hotel to stay in. Not that i hadn't been enjoying the company of Zeff and Tulizzle back in Como but it was nice to spend a night on my own.

In the morning I went for a solitary breakfast in the hotel and for the first time since i arrived i took a picture! 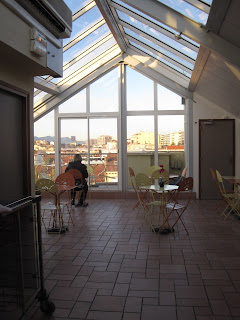 The weather in Cannes was lovely!!!

Also i think it's worth mentioning my brilliant time keeping skills and sense of direction on this morning. I was told to meet the others at their hotel at around 8.30. not only did i manage to get there on time but i did it without getting lost!!! so proud :)


After a nice healthy breakfast we headed to the show where my picture taking got its groove back............. 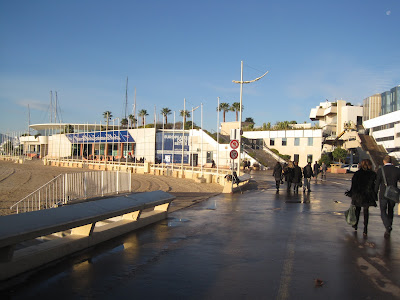 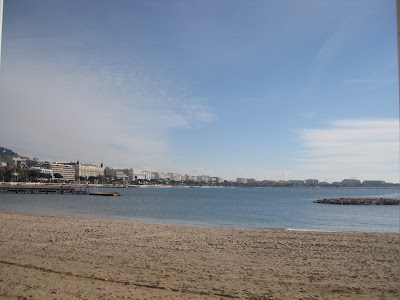 Once inside the show i was given a badge and taken to the stand. i think it's worth mentioning that i was Emy Saint-Hill for the day. Of course i found it hilarious that they couldn't get my name right in France (my name is actually French for those who don't know.....it's got a little accent and everything ;)) <---------double chin! 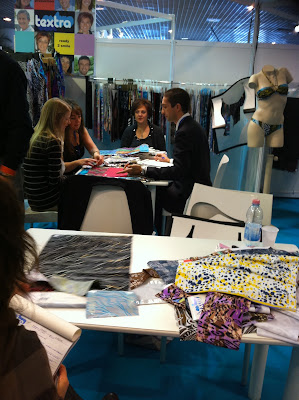 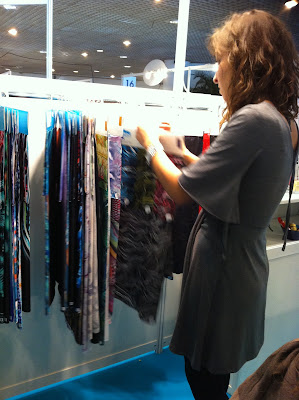 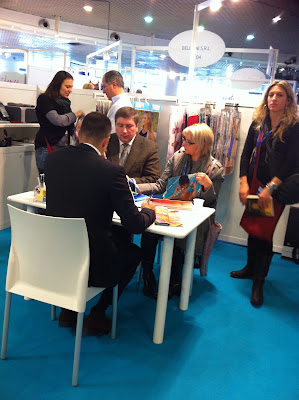 It was busy most of the day and i started to feel as if i may have been in the way so i decided to take a little stroll around the show. As i stepped out the stand i bumped into someone i went to LCF with (Natalie Thomas.......u defo deserve a mention!!!) which was totally bizarre!! actually, thinking about it its not that bizarre given that Natalie works for a swimwear company and in fact was studying swim at uni but in any case it was great! we had a little catch up and sat by the sea which i very much enjoyed :)
We also stumble across the terrible comON canvases from a couple of weeks before. 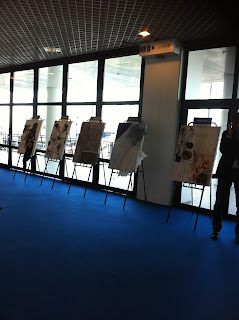 Luckily i was moving undercover as Emy Saint-Hill so people where none the wiser ;)

I did manage to take some photos of the promo design i did for the stand. unfortunately the original surfer i used was too pixelated when we blew him up to the bigger size so we had to use this dude who kinda looks like he's taking a dump.............. 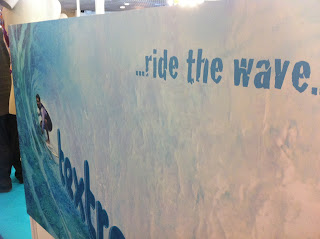 The stand got a little more quiet after lunch so i was able to catch up with some of my colleges and play a little angry birds. All in all i had a great time in Cannes!!! :) 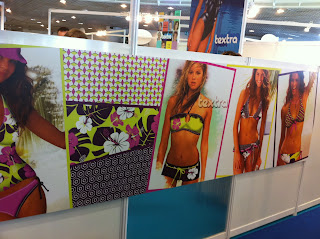 Of course there was wine and cheese at the end of this day along with some music and dancing :)


I couldn't leave without having my photo taken with the crew!!! you will all be missed!!!! 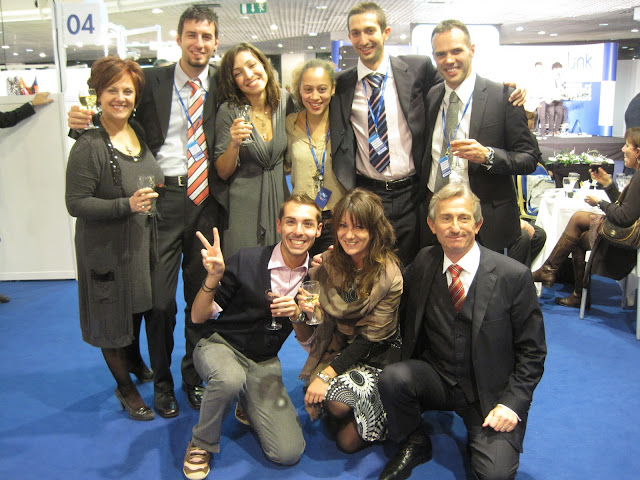 I was soooooooo sad to leave!!!! hopefully we will keep in touch! I find it difficult not to be cheesy at times like this but i really am so grateful for the time i spent at Textra! Everyone was soooooooooo nice and really made me feel at home so big hugs and kisses to you all :) Thank yooooooooooooou!!!! xxxxxxxx
Posted by Aimee at 3:21 AM