These are a bit old now but as I recently had them photographed (and since they helped me out in an interview earlier this month) I thought I'd resurrect them! 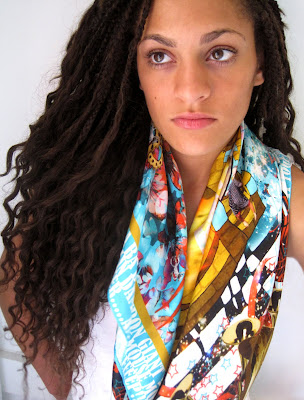 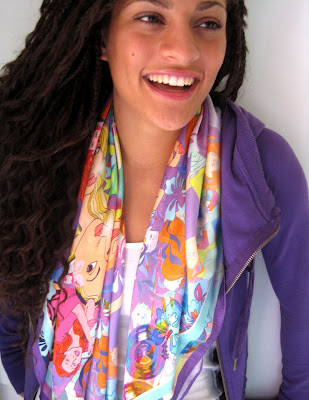 These were designed as Christmas presents for my sister and a close friend.......for last Christmas, don't worry I'm not spoiling the surprise!!

I'm thinking of designing some more (less personalised scarves) based on one or either of them. They both kinda have a story so I thought I'd share it with you :)

The scarf below was designed for my sister and is about my sister. To be honest I could spend all day telling you what everything means but you'll have to be satisfied with the dragon for now.............. 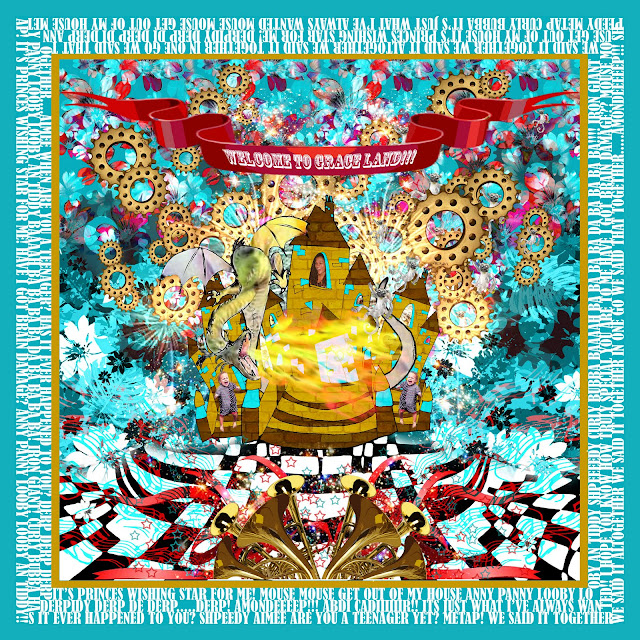 I should explain first of all the sort of child my sister was. She was incredibly neurotic. Everything was scary; rain, elevators, clouds, monkeys (that one is completely rational of course, monkeys are always on the prowl on the streets of London, ready to claw off your face).

Add another 20 fears to that list and you might be able to understand just how concerned my sister was about her safety from day to day. What made this worse was despite her concerns she was also incredibly accident prone. This meant that the rest of my family had to constantly think up ways to console her when she came running into the kitchen yelling things like, 'Mummy have I got brain damage?!', after tripping down the stairs and crashing into the wall.

One of my favourite 'distract-Grace-from-her-own-thoughts' methods was the introduction of a wooden dragon to the ceiling above her bed. An idea which was cleverly thought up by my Dad (who no doubt longed for the days when his sleep wasn't disturbed by an irrational 6 year old yelling about monkey attacks).

You'll be pleased to hear that despite their best efforts, the monkeys never did attack our bedroom! 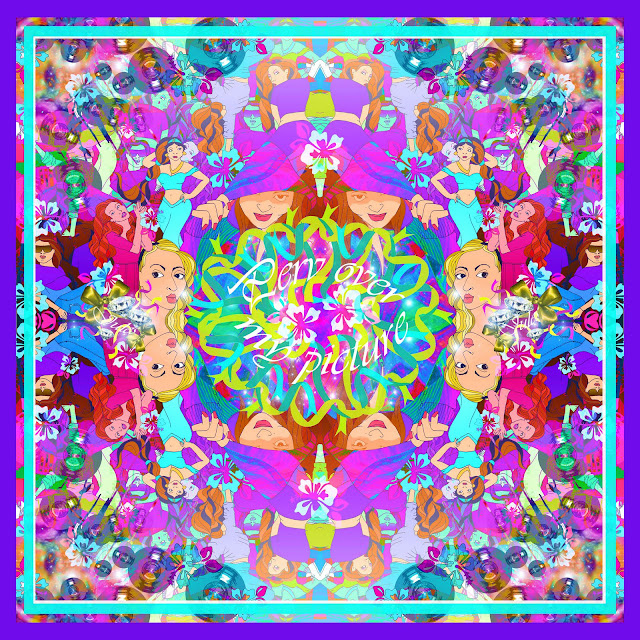 Basically, I have a friend, who by her own admission is pretty vain. I considered just buying her a mirror but then I thought, what's better than one reflection of yourself?! A whole bunch of reflections!!!!

Much love as always to Grace and Juliette xx
Posted by Aimee at 9:14 AM